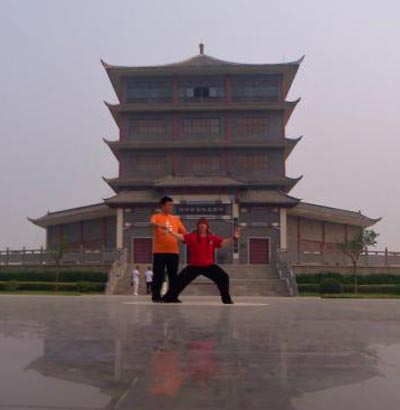 We teach the following

What Is Tai Chi

Tai Chi Chuan (Taijiquan) to give the full title, is a Chinese martial art, although many forms are practiced mainly for health these days.

Chen Style Tai Chi Chuan, considered to be the most martial of all Tai Chi styles. We only offer classes for Improvers and above at the present time in 1:1 or small group classes of 2 or 3

Beijing 24 Tai Chi, thought to be the most widely practiced form of Tai Chi - a gentle flowing form for health without too much emphasis on the martial side of things - a half way house between Health Qigong and Tai Chi Martial Arts - takes longer to learn than a Qigong set, and longer still to perfect but not as arduous to learn as a Martial Style such as Chen Style Chuan. Many people start Beeijing 24 after completing a few terms of Qigong Exercise

The majority of people who come to us looking for a Tai Chi class say they have found what they were looking for in our Tai Chi Qigong classes, a feeling of wellness, more self control, balance, calmness etc etc - you can read all about Qigong by clicking here

More info on the benefits of Tai Chi & Qigong practice

Tai Chi and Qigong are  considered to be of great physical mental and spiritual benefit. Its practice maintains good health as it provides an all over body workout, strengthening muscles, tendons and bones, increasing mobility of joints, massaging the internal organs and increasing the flow of blood nutrients and 'Qi' to all parts of the body.  Blood pressure and heartbeat are regulated, stress is reduced and the practitioner gains an overall state of well-being.

Tai Chi practice also provides a workout for the mind, as each movement is accompanied by a deep and present focus. The practice of Tai Chi and Qigong develops our ability to be present in the moment, not a second ahead nor behind. To live in the now. This is the same  present-moment awareness often sought through seated meditation. It shifts the brainwave pattern from the stress producing Beta pattern, to a healing Alpha state. No wonder people say they feel so calm focused and well after a Tai Chi or Qigong class